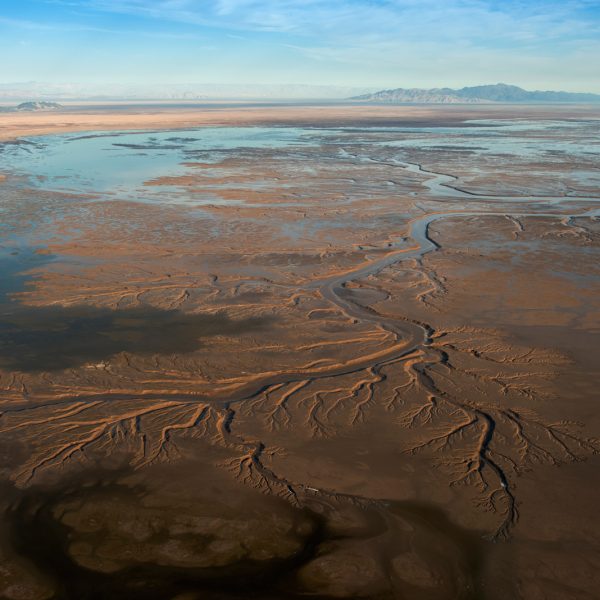 One of the great wetlands of North America

“I can’t overemphasize the importance of what the Sonoran Institute is doing. It’s really making a big difference, and they do it by working with people and looking for ways that everyone can benefit.”

If you have ever dug in the sand at the beach, you can just imagine what a daunting task it would be to remove a four-kilometer section of sandbar—with a shovel. But that is exactly what the Sonoran Institute and our partners are doing successfully in the Colorado River Delta’s estuary to help restore one of the great wetlands of North America.

Estuaries are the ocean’s cradle, places where many fish and shellfish species are born and protected until they are old enough to migrate out to deeper waters. These unique coastal areas, where river meets sea, where freshwater intermingles with salt water, also support a multitude of plant, bird, and marine species, many of which are solely found in one unique location on the earth. Estuaries are some of the most productive ecosystems on earth, but also some of the most endangered. And when an estuary is severely degraded, the effects reverberate all the way up the food chain to the people who depend on fishing for their livelihoods and the local economy as a whole.

The Colorado River estuary in Baja California, where the Colorado River meets—or at least used to meet—the Sea of Cortez, is one of these threatened estuaries. It provides critical habitat for hundreds of thousands of shore birds and is the spawning ground and nursery for shrimp, corvina (a local sea bass), and other marine fish. Research in the last two decades has shown that marine fisheries in the Upper Gulf of California are dependent on freshwater flows from the Delta. Twelve of the 13 species that constitute 98 percent of the commercial landings in the Upper Gulf require brackish (low salinity) water during their early development. These data suggest that increased river water creates a larger nursery ground for these fish, in turn increasing their adult population in subsequent years.

In 2002, 55 scientific experts and resource managers representing both Mexico and the United States (including our own Francisco Zamora Arroyo) mapped out priorities to guide future conservation of the Colorado River Delta and Upper Gulf of California. As part of this process, the group identified the estuary as one of 15 conservation priority areas in the region. Acting on the recommendations arising out of the workshop and published in a 2005 report, the Sonoran Institute joined forces with a host of other partners to enhance estuarine habitat and help save the many species and jobs that depend upon this ecosystem.

Our partners in this effort include Pronatura Noroeste, The Nature Conservancy, University of Arizona, Mexican National Commission for Natural Protected Areas, Center for Research and Development, and Autonomous University of Baja California.

The Colorado River delivered some 17 billion cubic meters of nutrient-rich freshwater to the estuary every year before upstream dams and diversions all but stopped freshwater flows to the Delta. Today, the only water that occasionally reaches the upper estuary from upstream is salty agricultural runoff and effluent from a wastewater treatment plant.

Making matters worse, the combination of the lack of downstream flows and an earthquake in 2010 that altered tidal channels has led to the buildup of sand at the mouth of the river, preventing inflows from the sea. When unusually high tides do occasionally breach the sandbar, the outgoing saltwater is blocked from returning to sea, evaporating instead on the river side of the sandbar and increasing the overall salinity of the upper estuary.

“The lack of freshwater and connectivity are the two main issues we are trying to resolve,” says Francisco Zamora Arroyo, director of our Colorado River Delta Legacy Program. “We are working to bring additional freshwater into the upper part of the estuary, and remove portions of the sandbar to make it easier for the seawater to reach upstream areas. This will be critical for reducing salts in the upper estuary, improving habitat for marine species, and further developing our adaptive restoration strategy.”

To address the first issue, the Sonoran Institute and our partners seek to double the water coming into the estuary from existing sources, to reach a total of 30,000 acre-feet per year. In August 2015, we designed a small, month-long experimental delivery of freshwater to the estuary. A second and larger delivery is expected to be implemented by the end of 2016. “We know now that it can be done, and we are preparing to monitor and analyze the impacts on the habitat,” Francisco says.

Demonstrating the value of freshwater to the estuary will be especially helpful in making the case for a permanent dedication of treated wastewater flowing to the estuary from Mexicali’s Las Arenitas wastewater treatment plant. The Sonoran Institute and partners are exploring this possibility, which can be realized if we successfully raise funds to expand the plant’s treatment wetlands. (Story continues below slide show)

Solving the connectivity problem is complex. The hydrology of the dynamic Delta can change in unpredictable ways. Floods in the 1980s shocked everyone by rejuvenating a Delta ecosystem that had seemed beyond hope, and reconnected the Colorado River with the sea for the first time in years. More flooding in the 1990s breached the sandbar in the lower estuary, but by 2005 the barrier had returned. Then, in 2010, a 7.2 magnitude earthquake in the area dramatically altered the estuary’s landscape, creating new tidal channels and dissolving others. The transformed topography made it feasible to create a relatively short channel through the sandbar to connect the river with the sea.

“It will require careful design effort and maintenance of the channel as the tides move sediments back in, but the Sonoran Institute and their partners are probably up to the task,” says Steve Nelson. Nelson is a retired Bureau of Land Management and U.S. Forest Service employee who has tracked changes in the Delta for decades, both up close by kayak and from space through satellite imagery, and provides us critical information about the shifting landscape.

So far, through the hard work of the local people we have hired to implement restoration on the ground, we’ve doubled the number of days each year that the tides connect with the river, from 18 days to 37. While shoveling by hand has been the only option so far due to access issues, we plan to bring in small machinery to complete the task later this year.

“Like our other work in the Delta, we start with research and small-scale demonstration projects, learn from them, and then develop an adaptive restoration plan for moving forward,” says Francisco. “We’ve established baseline biological and physical conditions in the estuary, and we’re collecting and analyzing data from our flow delivery and connectivity work. The next step will be to take what we learn and, with our partners, create an overall adaptive restoration strategy for the estuary.”

According to Francisco, the goal is to develop a detailed, science-driven restoration strategy by the end of 2016 that will guide the partners’ work in the estuary for the next five to ten years.

Steve Nelson believes this collaborative approach is the key. “I can’t overemphasize the importance of what the Sonoran Institute is doing,” he says. “It’s really making a big difference, and they do it by working with people and looking for ways that everyone can benefit. The involvement with the local community, the empowerment of the local population working with restoration projects, and pride that comes with seeing the river and native habitat come back. Everyone has an interest in a healthy Delta, and I don’t think there’s any opportunity for collaboration with any interested party that hasn’t been utilized by the Sonoran Institute. It’s very impressive to see that.” 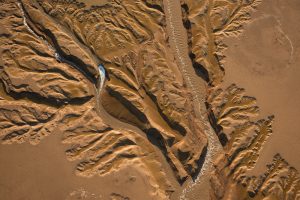 Your support helps us accomplish the things that nobody else thought was possible.

Invest in the possible