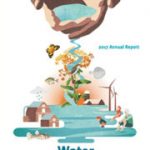 The 2017 annual report, Water: the Foundation for Prosperity and Health, is set in the year 2040. The report illustrates that the work done in 2017 is critical to ensuring the region’s water future. The support of our donors and friends makes for a vision of a bright future in the North American West. 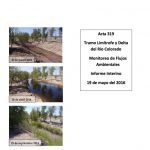 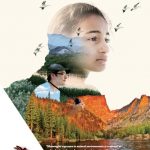 This annual report is dedicated to the next generation. It focuses on the future, not just for the Sonoran Institute and all of us who support this work, but for those who will inherit it from us. 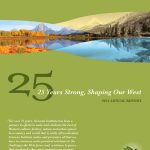 For over 25 years, Sonoran Institute has been a pioneer in efforts to unite and celebrate the best of Western culture, history, nature and urban spaces by making connections, seeking practical solutions and promoting… MORE › 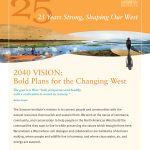 While we can’t predict the future, we can aspire to a certain type of future, one that draws on the lessons learned through 25 years of experience shaping the future of the West. 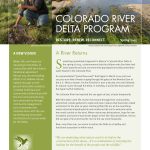 Water, life, and hope are returning to the Delta. In conjunction with the historic binational agreement Minute 319, we are leading efforts to 1) restore natural habitat through on-the ground restoration projects; 2) renew individual and community relationships with the river and promote long-term stewardship through community engagement; and 3) reconnect the Colorado River with the sea by developing innovative mechanisms to secure water for the Delta. 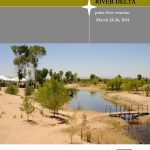 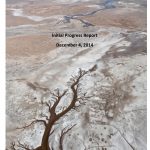 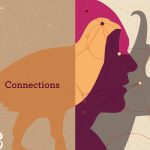 It is the essence, the history, the heartbeat of the Sonoran Institute. It is what distinguishes our unique approach to conservation and community development. And after 24 years of engaging with communities from… MORE ›